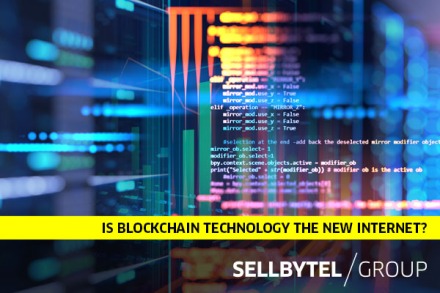 Currently, the blockchain is everywhere. It is certainly an ingenious invention and has evolved into something significant in digital transformation. The initial work on cryptographically secured chains of blocks was described by Stuart Haber and W. Scott Stornetta in 1991.

The first blockchain was conceptualized by an unidentified person or group of people known by the pseudonym Satoshi Nakamoto in 2008. This was applied in the following year as a core element of the digital currency bitcoin and serves as a public ledger for all transactions on the network.  (Source: Blockgeeks.inc)

Which elements safeguard the blockchain technology?

By design, the blockchain is a decentralized technology. Any activity that takes place within it, is a function of the whole network. Through the creation of new ways to verify transactions, some aspects of traditional commerce may become redundant. For instance, a global network of computers uses blockchain technology to simultaneously manage the database that records Bitcoins – the digital currency. This means that through the blockchain technology, Bitcoin is operated by its own network and not any other central authority.

Through storing data across its network, the blockchain invalidates the risks that come with data being centrally held. Its network lacks centralized points of liability that computer hackers can exploit.

Everyone is aware of internet security problems. We currently all rely on the username and password system to secure identity and online assets. On the contrary, the blockchain security system uses encryption technology. It not only authenticates digital information but also creates value for the users by safeguarding their private information as well as providing access to their valuable online possessions. The prerequisites for this are the public and private “keys”.

There is also a new phase of functionality that is created through the blockchain technology. As of now, Bitcoin transactions average $200,000 US per day. Due to the additional security provided by the blockchain, upcoming internet businesses are on track to shake up the traditional finance institutions, like central banks. (Source: Blockchain.info)

Can you picture a spreadsheet that is replicated a thousand times across a network of computers? Then imagine the blockchain network that is created to regularly update these spreadsheets and you will have a basic idea of how the blockchain works. The information stored on a blockchain exists not only as shared but also as a continuously synchronized database. This means, the kept records are public and are easily verifiable. Since there is no centralized version of such information, hackers are unable to corrupt the files.

The data is accessible to anyone on the internet since it’s hosted by millions of computers which work simultaneously. A good example is Google Docs as both parties have the same access to the same document at the same time. The single version of such a shared document is visible to all participants. The distributed element comes into play when the sharing involves a number of people. With this new technology, file sharing is made a lot easier in comparison to the traditional way where only one person has the access to edit a document and all other members are temporarily locked out of the document.

Through its built-in stability, the blockchain technology is like the internet network. By storing blocks of information that are identical across the network, the blockchain can neither be controlled by a single entity nor does it have a single point of failure. Since the invention of Bitcoins, the blockchain has been operating without disruption of the underlying concepts as is often the case with other traditional networks.

As it continues to be developed, the blockchain technology predicts a promising future. Many entrepreneurs and investors are incorporating it into different start-ups and business models.

Have you already had your first encounter with blockchain technology? Let us know, we would love to hear from you.

A daily selection of the best content published on WordPress, collected for you by humans who love to read.

The Art and Craft of Blogging

The latest news on WordPress.com and the WordPress community.